When you visit any website, it may store or retrieve information on your browser, mostly in the form of cookies. This information might be about you, your preferences or your device and is mostly used to make the site work as you expect it to. The information does not usually directly identify you, but it can give you a more personalised web experience.

Because we respect your right to privacy, you can choose not to allow some types of cookies. Click on the different category headings to find out more and change our default settings. However, blocking some types of cookies may impact your experience of the site and the services we are able to offer.

These cookies are strictly necessary for the website to function and cannot be switched off. They do not store any personally identifiable information about you.

These cookies allow us to count visits, traffic sources and user flows, so that we can measure and improve the performance of our site. Any information collected by these cookies is entirely anonymous.

These cookies enable a better user experience via enhanced features such as personalisation. If these cookies are disabled, some or all of these features may be adversely affected.

These cookies may be set through our site by our advertising partners, and used by those companies to build a profile of your interests and show you relevant adverts on other sites. They do not store directly personal information, but are based on uniquely identifying your browser and internet device.

These cookies are set by a range of social media services that we have added to the site to enable you to share our content with your friends and networks. If you do not allow these cookies you may not be able to use or see these sharing tools.

Reject All Confirm my choices

Alex and her partner bought a stunning newly built property in 2019 but rather than stick with the layout, they opted to extend their home significantly to create a beautiful open-plan living and kitchen area. They wanted a kitchen that could hold its own in such a large space, that was both modern and homely with plenty of storage. 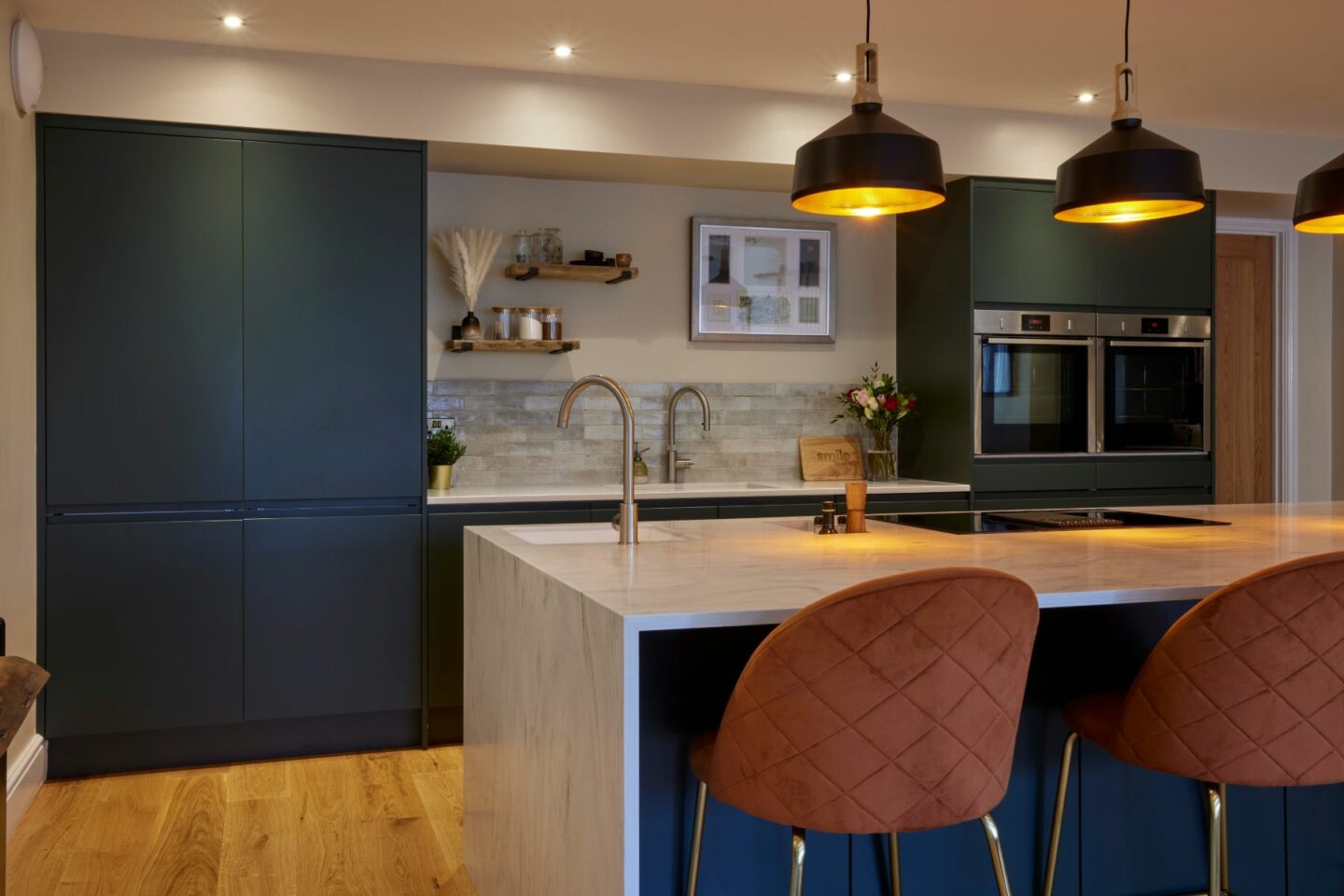 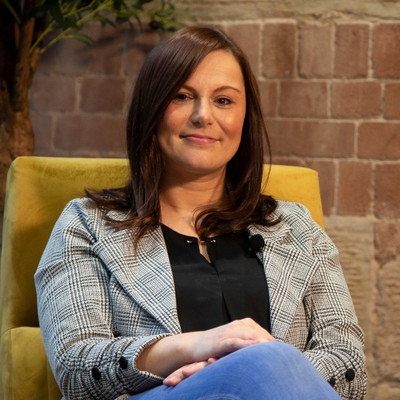 I couldn’t be prouder of how this design came out. It’s always fun to work on a modern kitchen design where you’re not bound by the traditional in everything you do. I really love this kitchen; it fits so nicely into Alex’s modern family home.

Goals for the space

Alex was keen that despite having an ultra-modern feel, her kitchen should also feel warm, inviting, and homely. Alex wanted her kitchen to be a statement that felt original and tailored to their family’s needs. Alex was looking for lots of storage with a particular focus on drawer space and hidden storage.

With her island, Alex wanted to have a focal point for the room, where people could gather and where the cook wasn’t left on their own. Alex also wanted to have a place for drink storage and preparation in its own little area of the kitchen.

As well as a modern feel for the kitchen, Alex was keen for the space to have plenty of gadgets and modern touches from boiling water taps to secret power outlets. 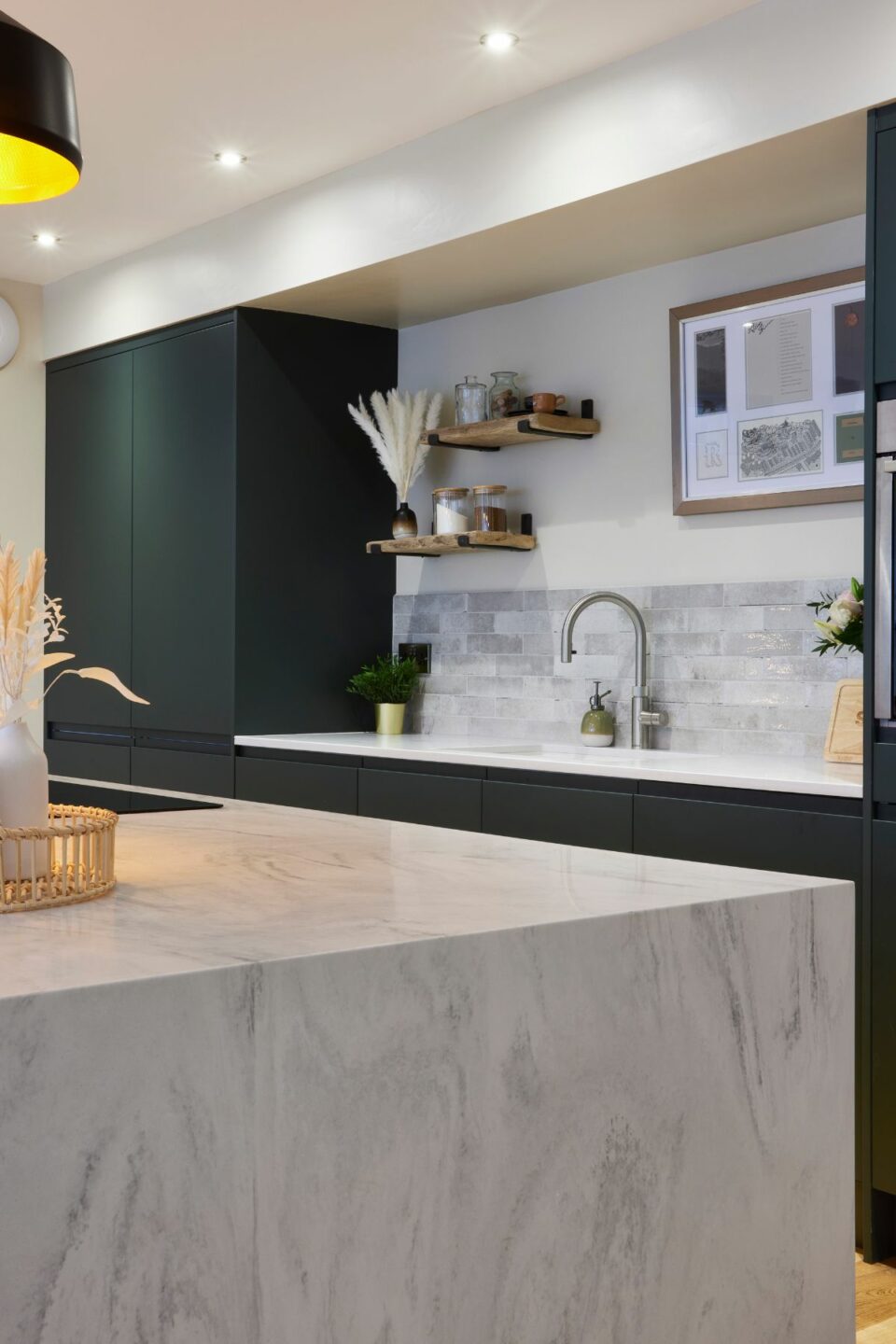 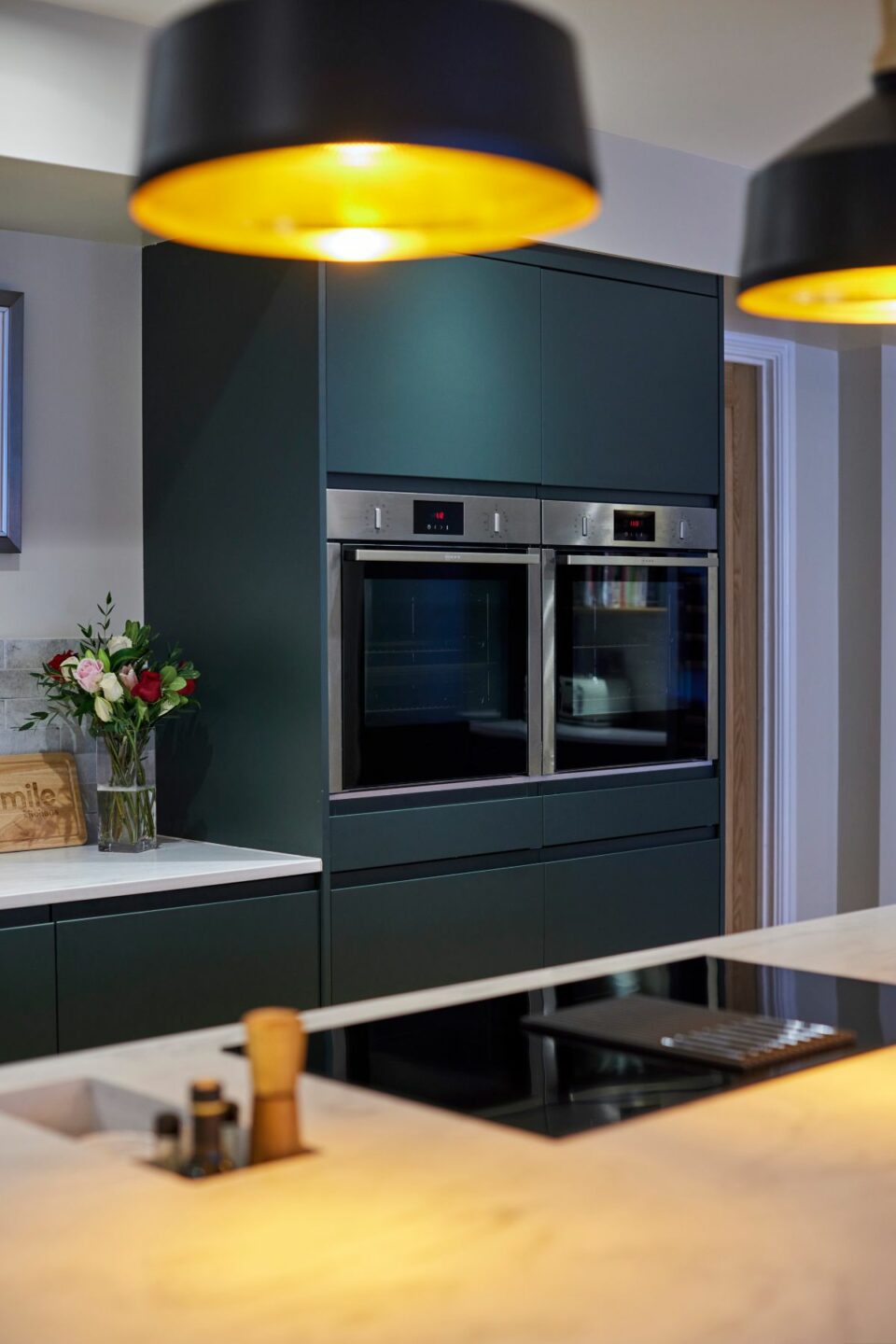 Alex’s kitchen is a glorious example of our Jasper range in the deep, rich green of Grove. A truly stunning colour that adds depth and impact, Grove provides the perfect tone for a moody yet homely kitchen. 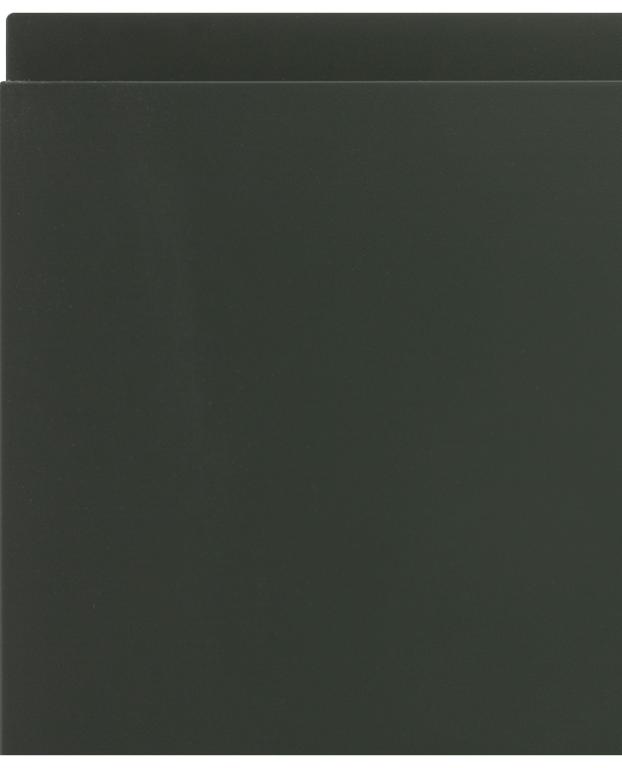 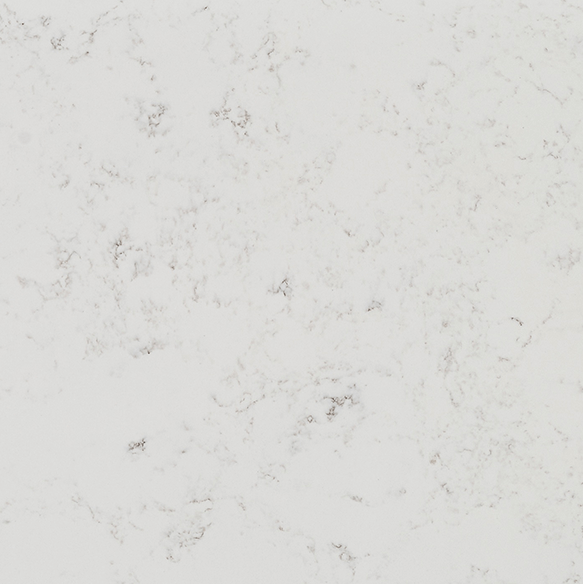 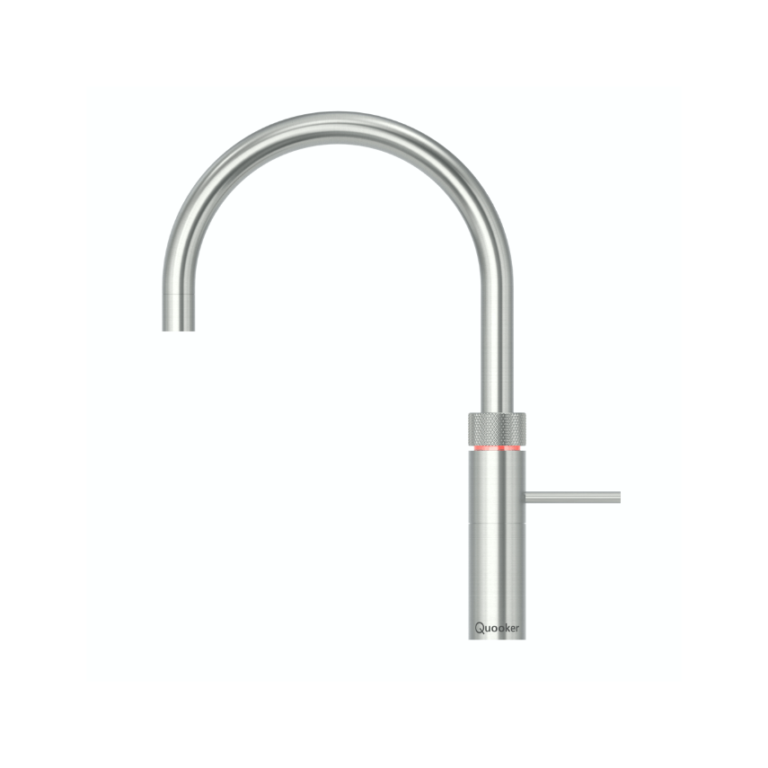 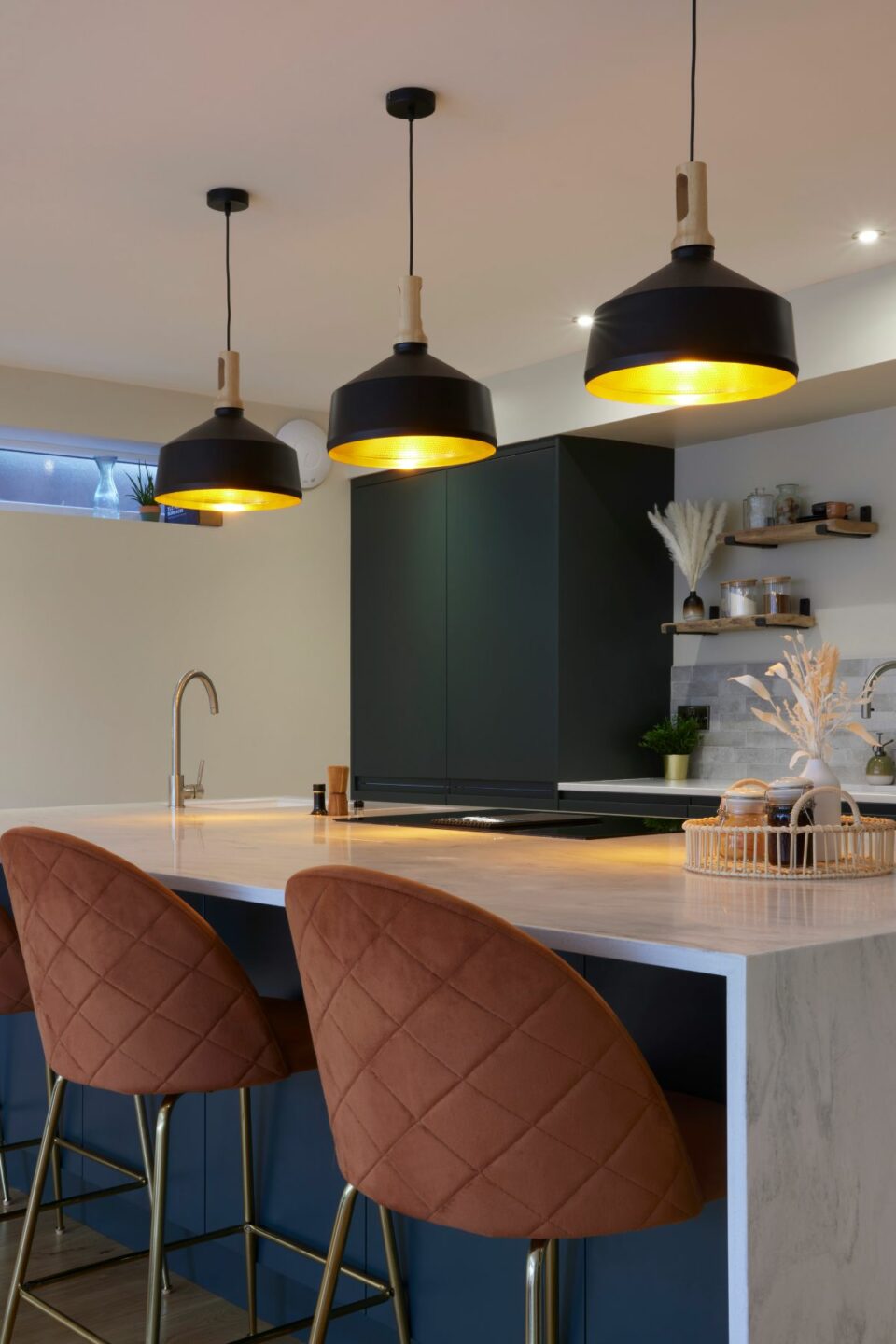 Over on the impressive island, we find a secondary sink space perfect for handwashing before the cooking begins on the subtle and smooth induction hob. Our view remains unobscured thanks to the hob’s built-in extractor which pulls fumes and steam down – a lovely touch that helps keep the slick look of this modern kitchen.

On the near side of the island, we find a wealth of storage hidden below a long breakfast bar. Wonderfully accented by the warmth of burnt orange stools, this space adds practicality and warmth to the kitchen. Hidden within this area of the island we also find a set of secret pop-up sockets – ready to access whenever needed. 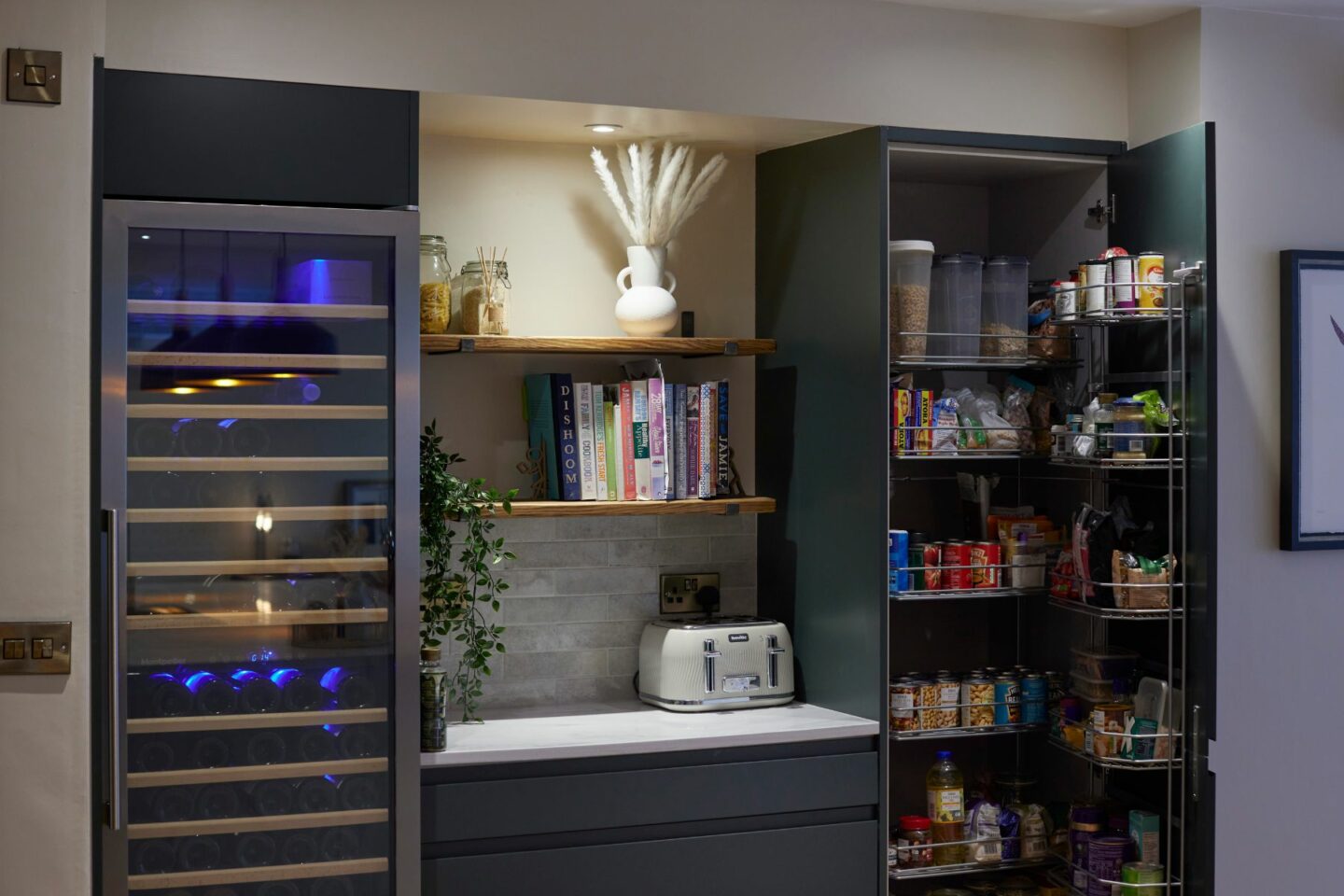 The addition of open shelving between tall larder units on the rear wall adds storage without the density of a wall unit. A clever touch that is reflected in the breakfast area too. Not only does this present a lovely, modern, and on-trend design element but the open shelving also helps to add warmth and personality, which is key in a modern kitchen.

Chat to our team

Excellent service and great design process. Communication throughout was fantastic and the quality of the kitchen is very good. Kudos to Jane, our designer - thanks for all your help.

Our Jasper range is all about big bold colours and playful little finishing touches, perfectly balanced with clean lines and unbeatable practicality. This is the range for the adventurous types.
View the Jasper range 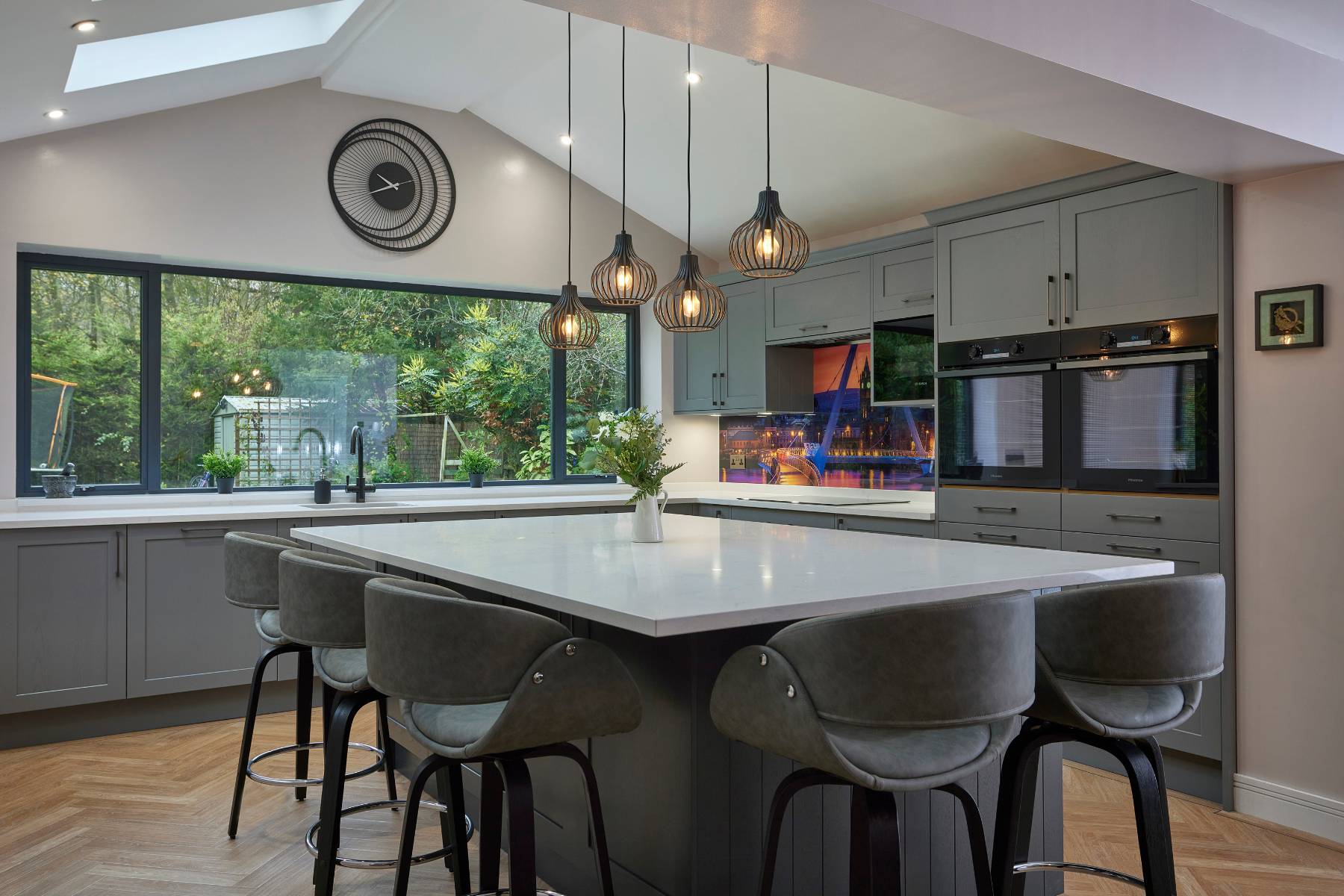 Tara wanted a statement kitchen that could be the centrepiece for the family and entertaining.

With its modern farmhouse chic aesthetic, this kitchen nods to the farmhouse kitchens of old with a beautiful modern flare. 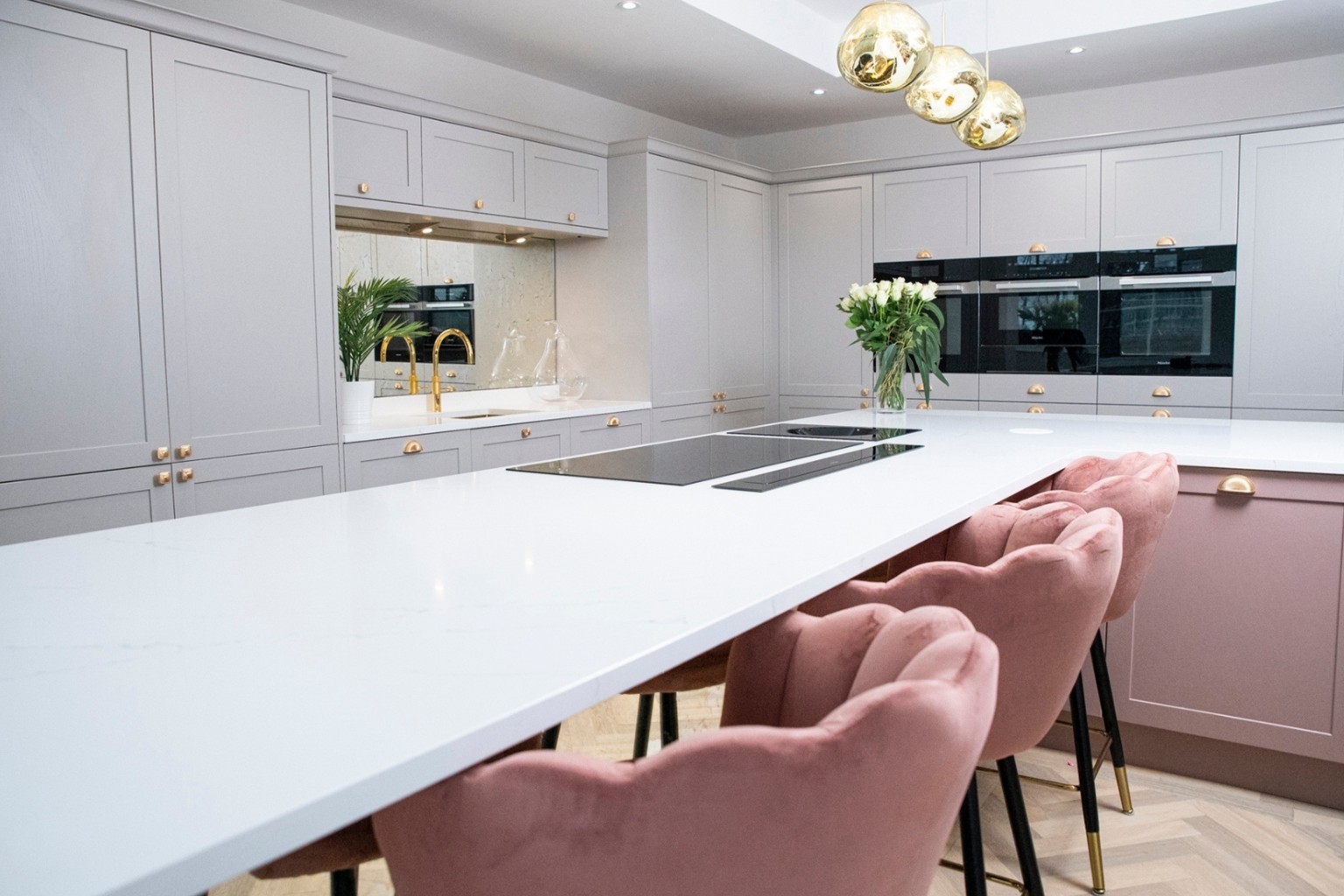 Keen for something bold and timeless for their new extension, our kitchen design featured pink and cashmere shaker doors with brass accents.